The project was the continuation of Alta Houses. Earlier, we had created Alta Houses on five parcels within the same building block; and then conducted projects for the adjacent two parcels of similar sizes, for which the client had requested buildings designed in harmony with Alta Houses. For this purpose, we divided the building into two symmetrical parts on a 120 square-meter floor area and a 120 square-meter upper floor area. We obtained four independent sections in two buildings, each having two independent sections.

In the planning stage, we strove to ensure optimum space utilization and spatial relation. In the third dimension, our main project goal was forming a balanced composition through the relations of the masses consisting of closed and open spaces. A contemporary, plain, and relaxed style was used in the design of the buildings; non-functional decorative items were especially avoided.

Each building was created with two main masses separated from each other by aluminum frames and transparent glass surfaces, as well as horizontal and vertical architectural elements integrated into different heights and sizes. The main mass features a hall on the ground floor and two bedrooms on the upper floor. The facade of this mass is completely transparent while the outer coating consists of natural stone. The facade’s transparency is balanced by the horizontal terrace slab, the horizontally rectangular balcony cantilever upstairs, and vertical wall elements defining the independent sections.

The other mass, which has more closed sides than the main mass, featured a kitchen and powder room on the ground floor, and a master bedroom and bathrooms on the upper floor. This mass, painted white over plaster, was connected to aluminum frames and transparent glass which were consistent with the main mass on both floors. The effect of this mass, which also features entries to the independent sections on the rear facades, is alleviated by the horizontal flower bed elements on the first floor, the horizontal, partial eaves elements on the roof level and, similarly, the vertical wooden elements emphasizing the independent sections on the rear facade.

When determining the materials to be used on the facade, we were careful to make sure that our selections suited Çeşme's climate and environmental conditions, texture and color reflected the intended use of the building and gave comfort to occupants. We preferred a dark color for the aluminum frames and roofing to create a contrast with the light color concentrated in both the natural stone and painted surfaces. 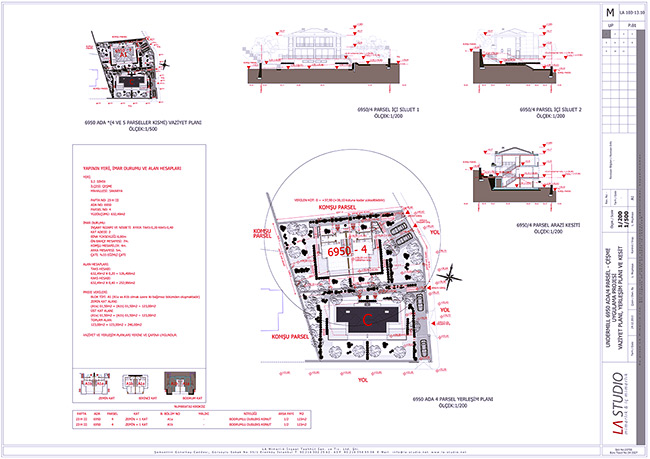 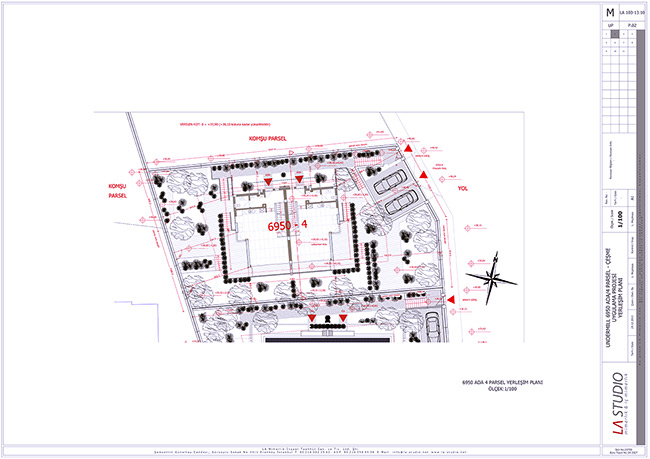 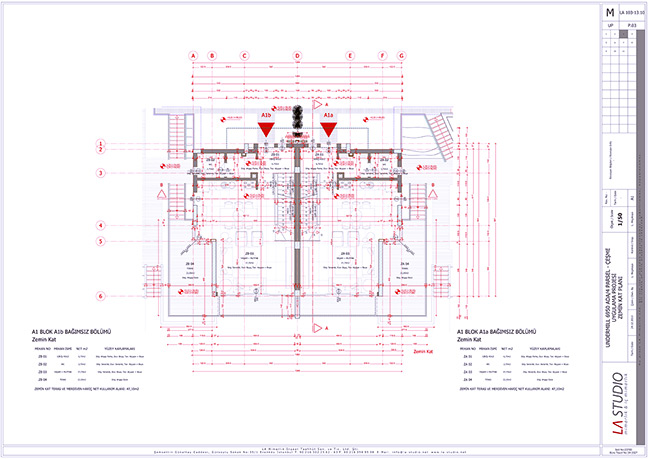 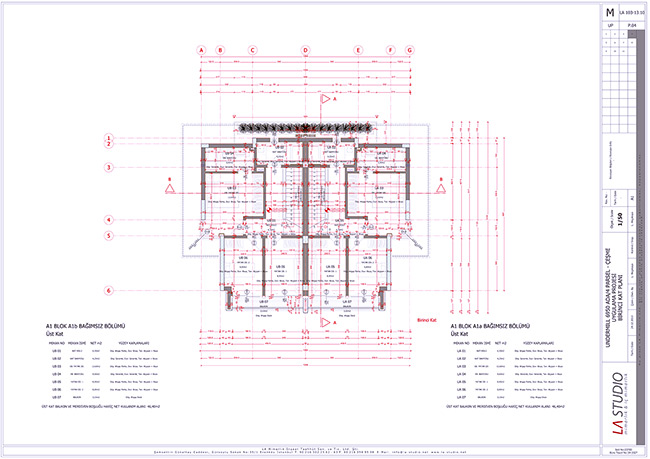 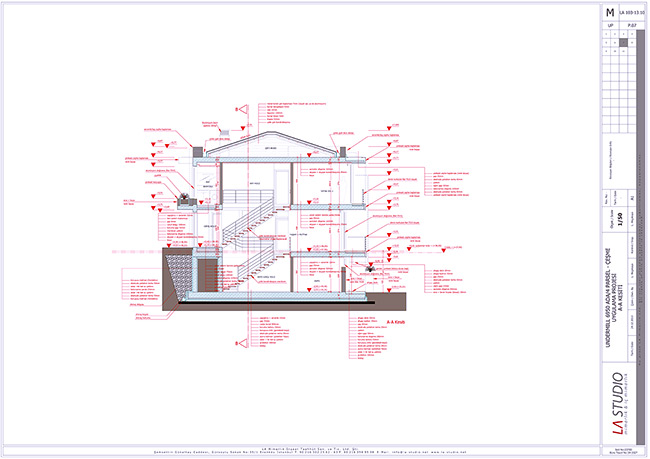 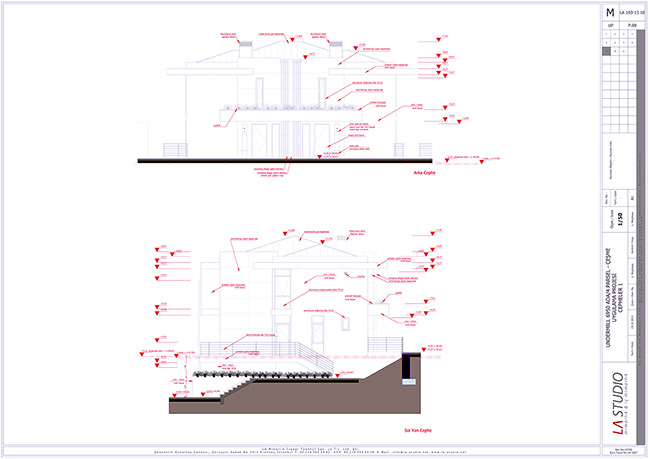 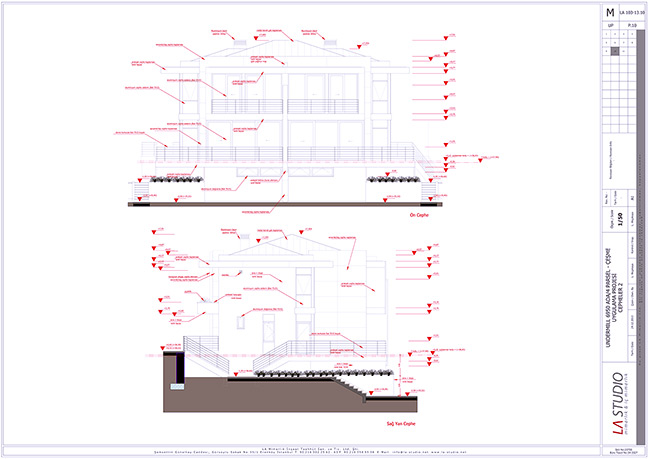 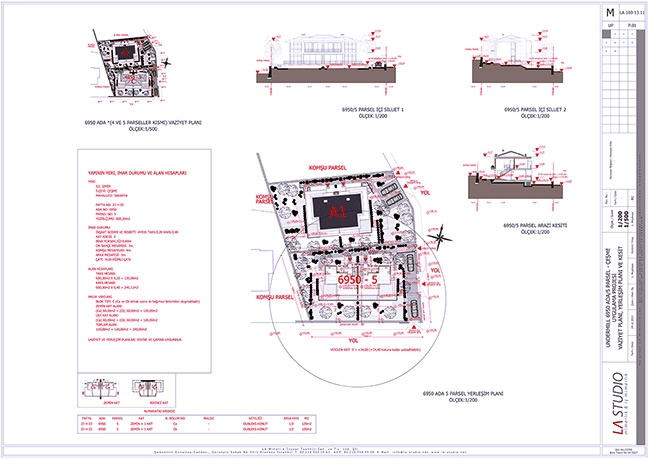 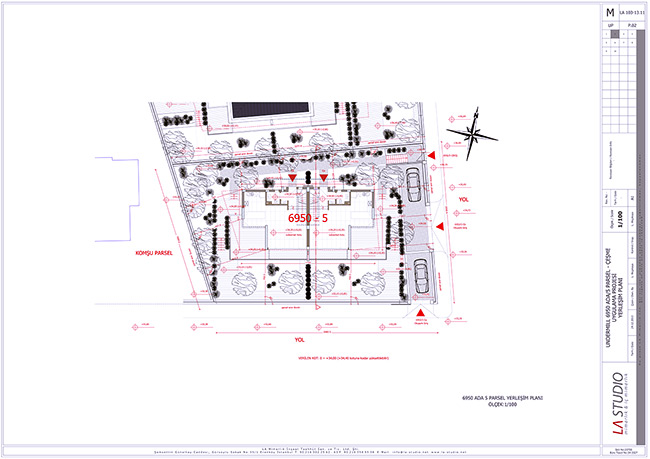 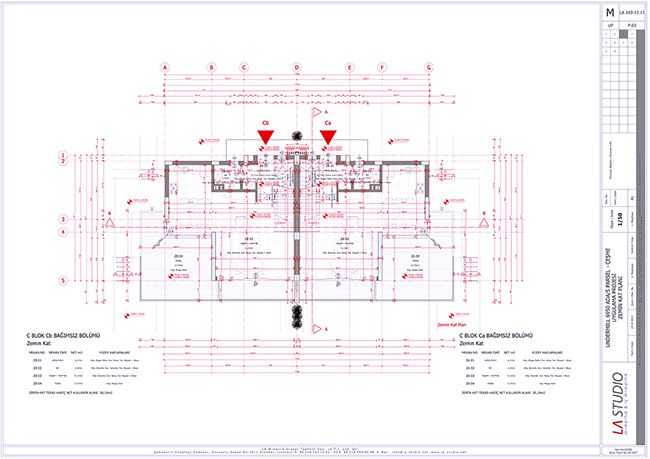 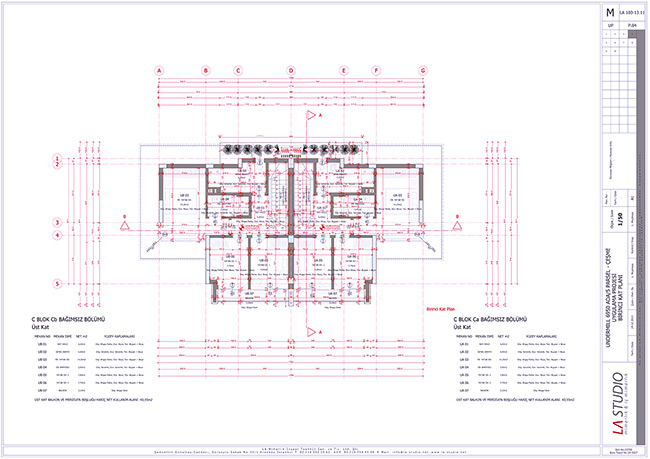 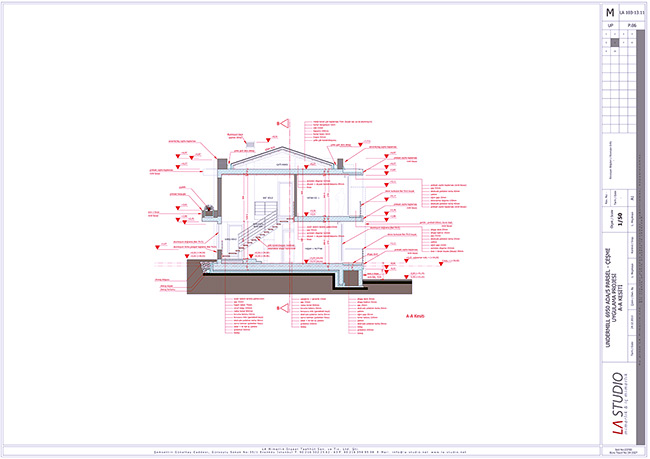 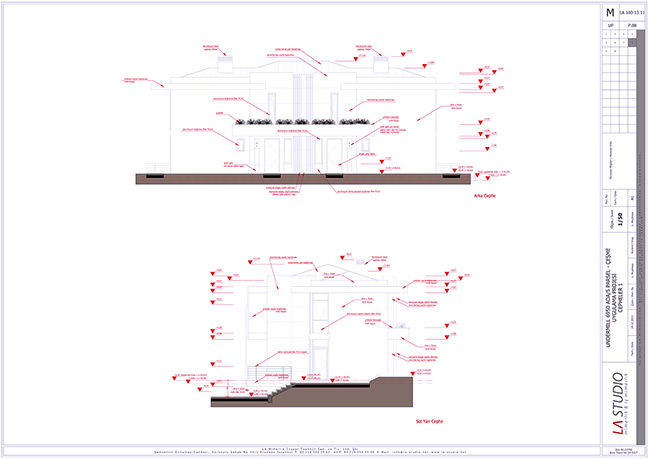 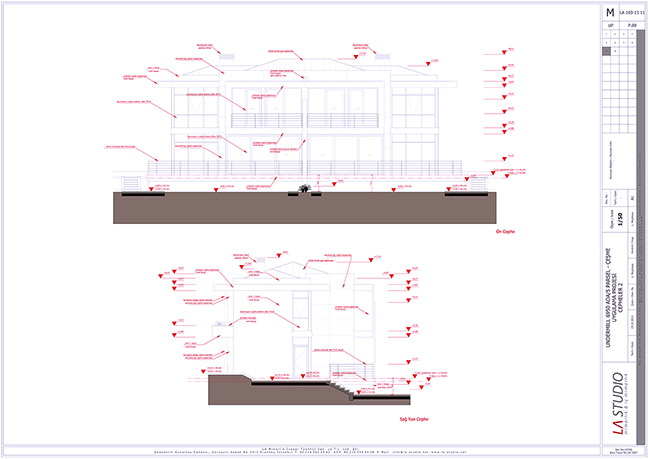