The driving design factors included efforts to establish the proper spatial relations ensuring that both independent sections in the building would benefit from the same possibilities in the same single one, and place them in a certain composition due to the sloping structure of the land.

This sloping site allowed the entrances of the Independent Sections A and B to be located on separate levels and facades, while also assuring that each individual section had its garden within the same land. We designed “A” as an independent, two-story section with living spaces located on the ground floor, and rooms upstairs; “B” offered a living room on the upper floor, and rooms on the lower floor, while also featuring a basement floor.

In the design, we used a simple language analyzing the forms and functions interacting directly with each other in a balanced way. We selected materials that both supported this style and were suitable for Çeşme's climate and environmental conditions, in color, texture, and physical properties. We split the building mass into four, fitting it into the land in a gradual fashion, and we differentiated each mass in terms of its space and the material covering its facades. Generally, white paint was employed on the plaster of the building facade, while the facades of the masses featuring living spaces were covered with wood. 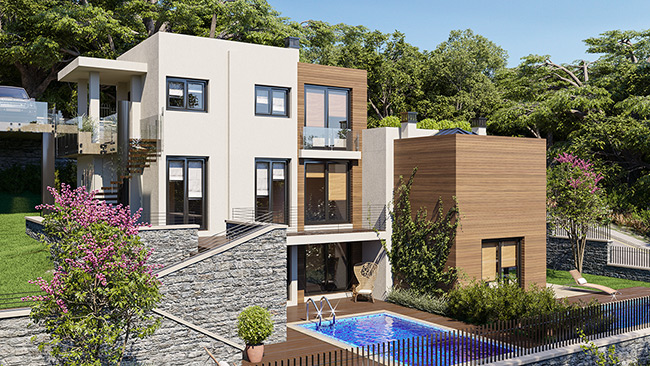 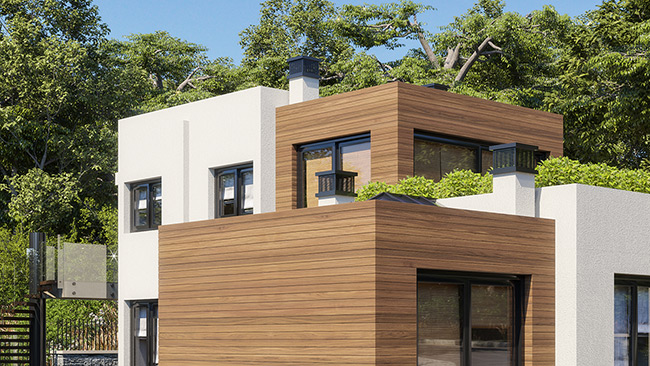 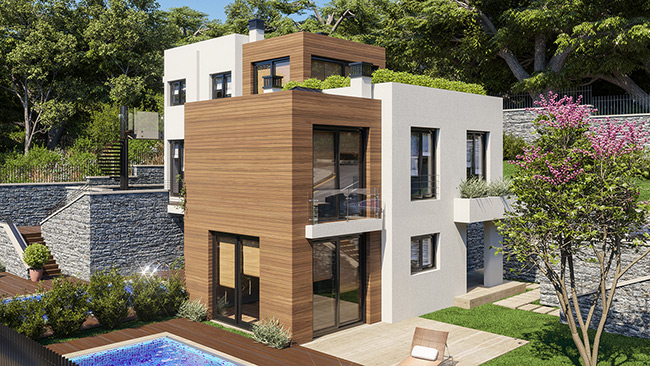 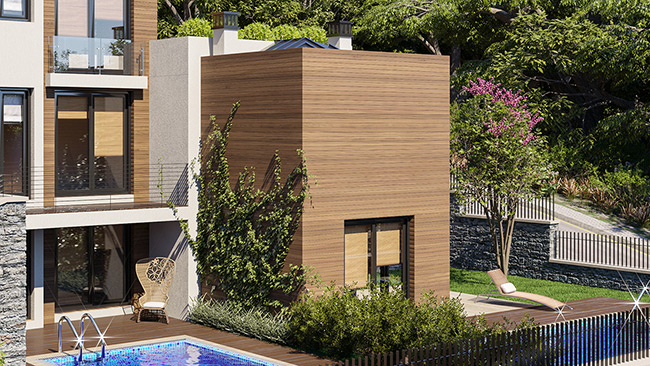 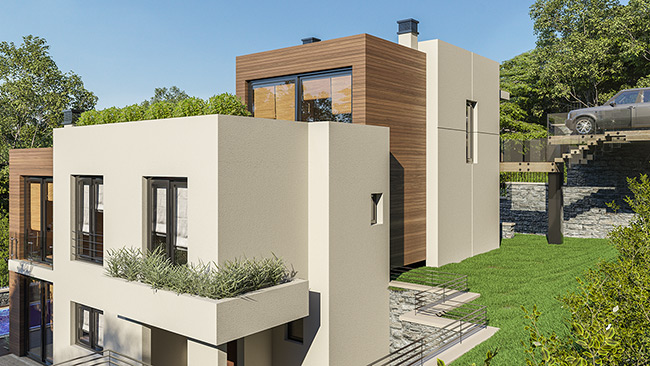 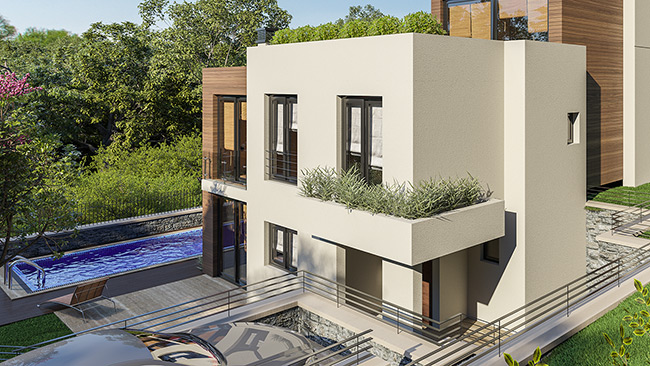 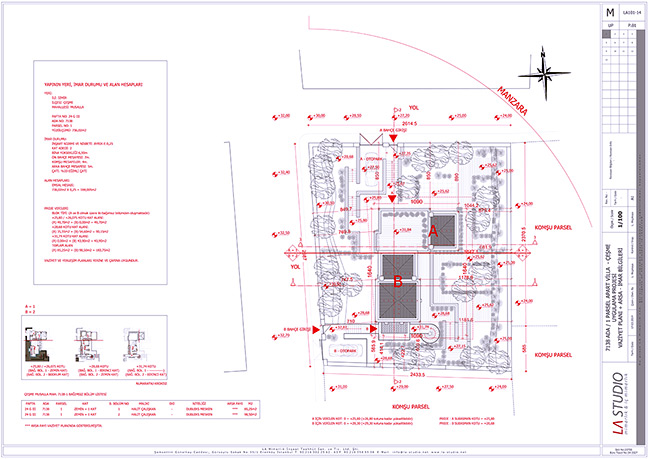 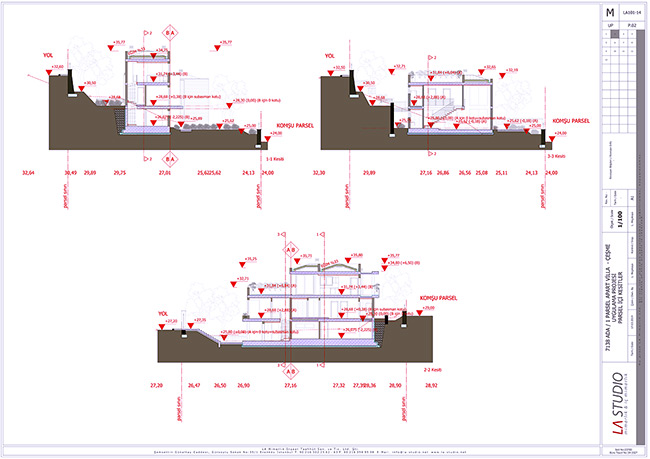 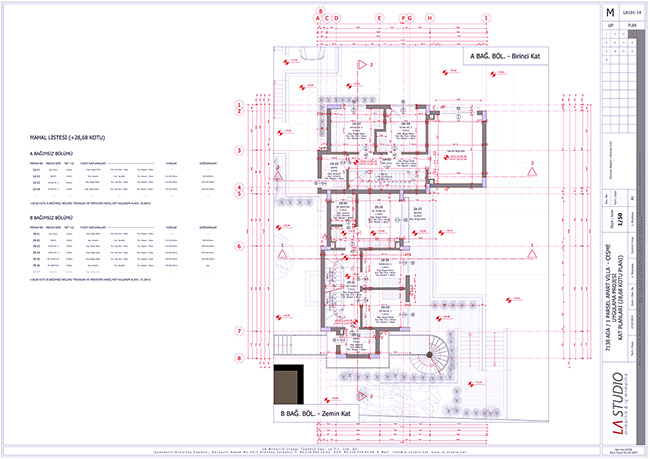 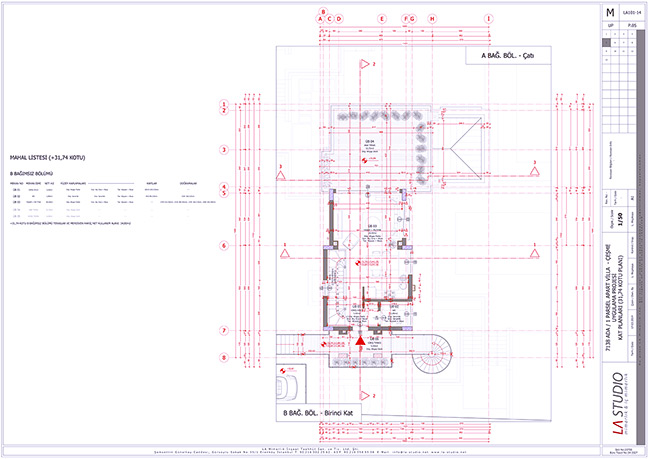 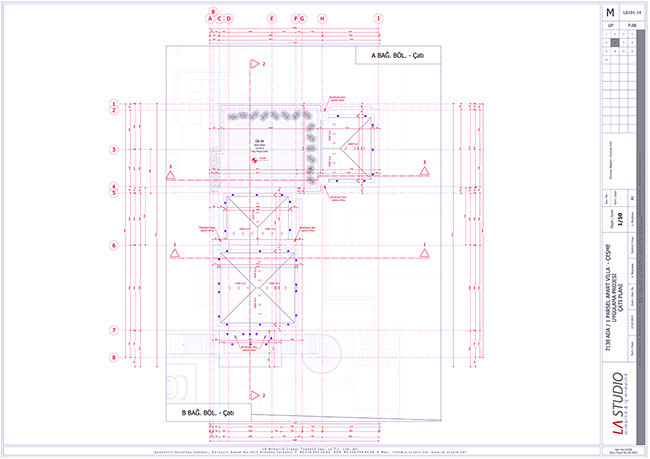 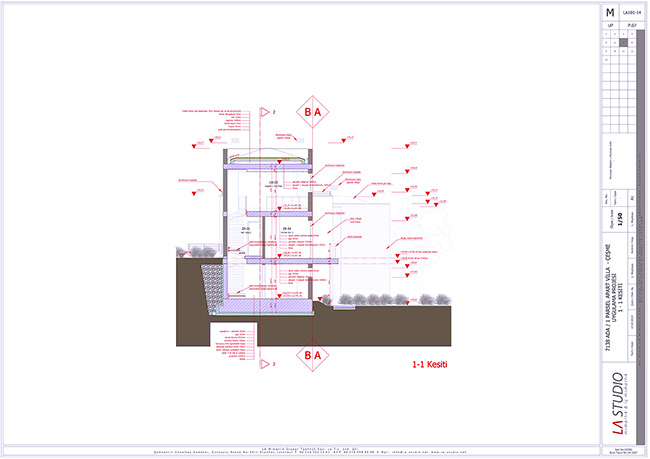 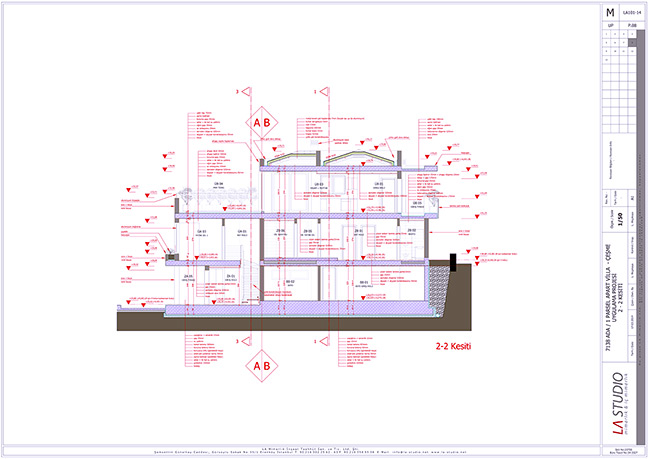 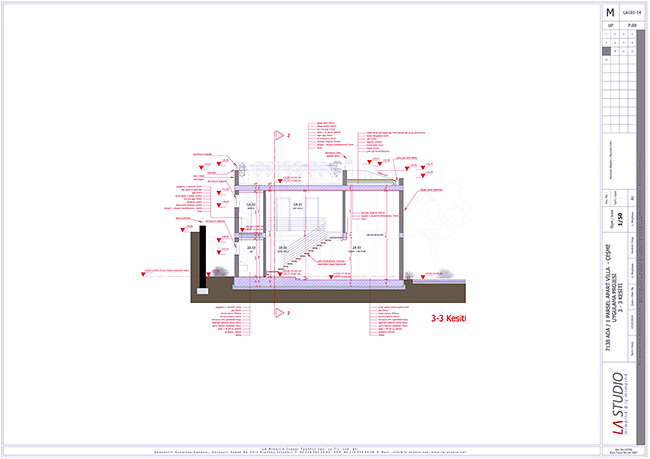 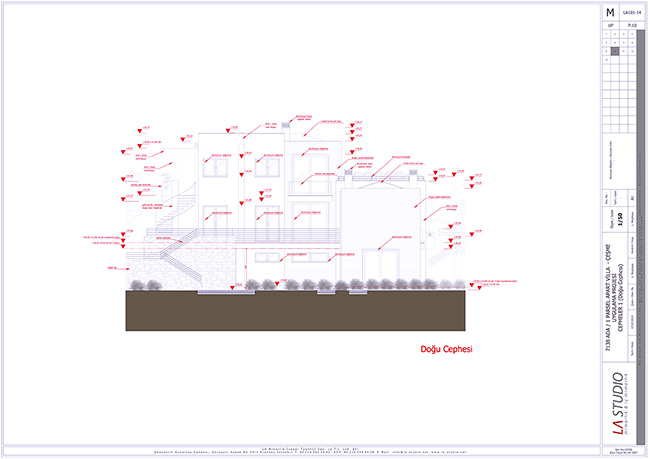 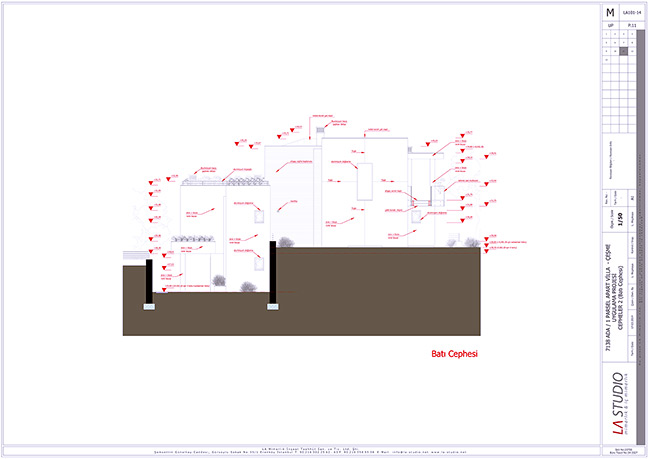 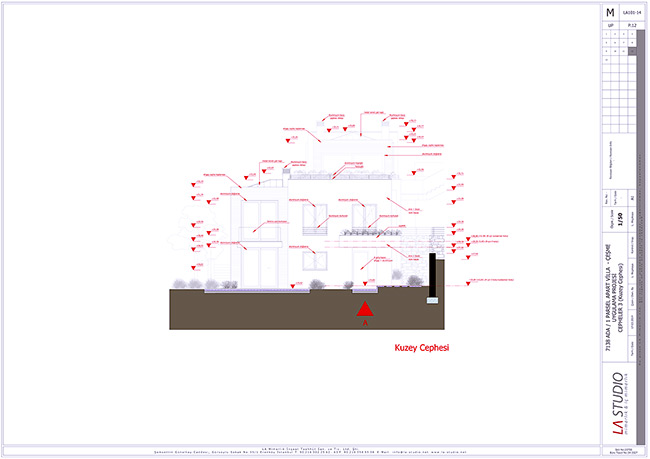 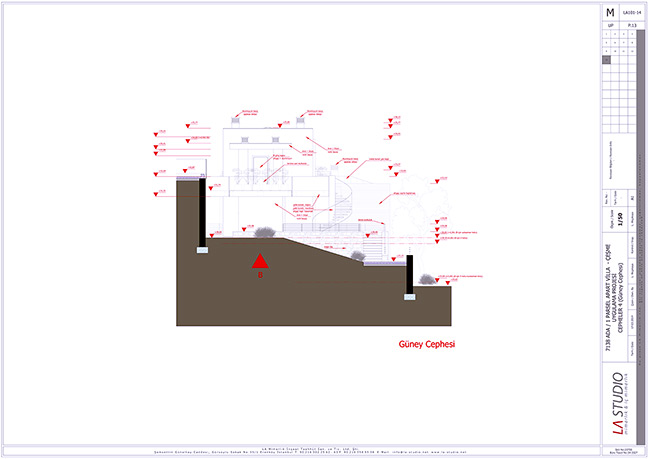