Yapı ve Yapı İnşaat Taahhüt San ve Tic. Ltd. Şti. planned this building to be used as a business center in Altunizade, Istanbul. We provided the firm with architectural services during the project and application stages regarding the design of the exterior facade, roof, and interior circulation areas of the building, macro-structure of which was complete.

When beginning the design stage, we created the facade concepts considering that the building would be used as a business center. We decided to design a transparent interior receiving daylight in an as controlled manner as possible with a glass curtain wall system outside searching for a facade supporting the green environment where the building is located and avoiding the feeling of the building mass. Designing the facade surface directly in front of the structure, we ensured an uninterrupted, and transparent facade view independent of the carrier system. We tried to emphasize the horizontal effect of the building by dividing the facade horizontally with a small number of possible vertical carriers. We tried to control daylight by using horizontal sun shades in higher elevations on each floor. The same system was used on all the facades except the stair section in the building facade overlooking the highway. The dark colored aluminum composite material was used at floor levels, roof verges, front surfaces and lower levels. It has enhanced the effect of the building’s glass-covered facades.

In contrast to the mostly dominant transparency, the stairway section in the building facade overlooking the highway features a large concrete shear wall due to the existing structural system. Covering this surface with vertical aluminum profiles at certain intervals attenuated the existing mass view and emphasized the building's vertical circulation space. Also, we identified this surface as the area where the client would reflect its corporate identity.

All exterior terraces on the ground floor were covered with wooden material. Architectural elements were placed outside the exterior contours of terraces that will function both as a guardrail and surround the building with a green belt. We designed them with wood and glass materials with a certain height to allow for planting. 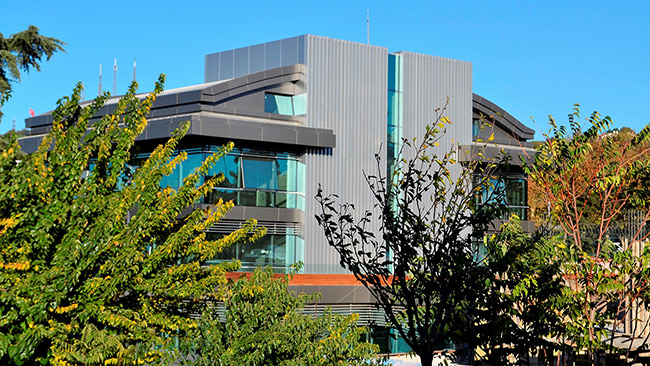 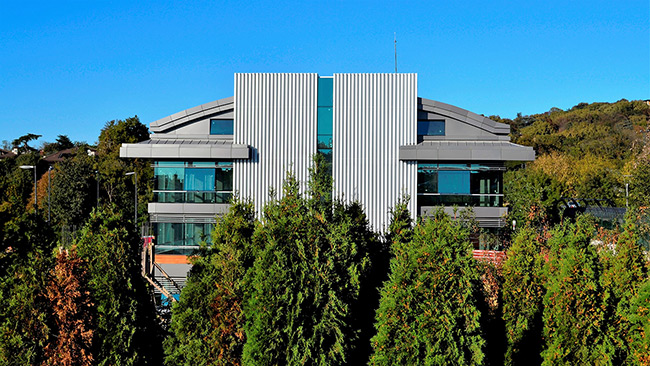 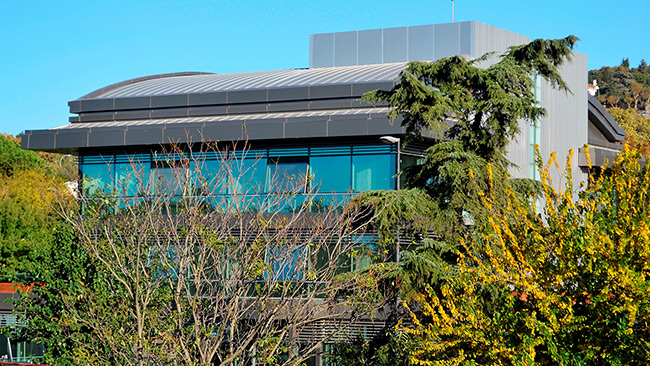 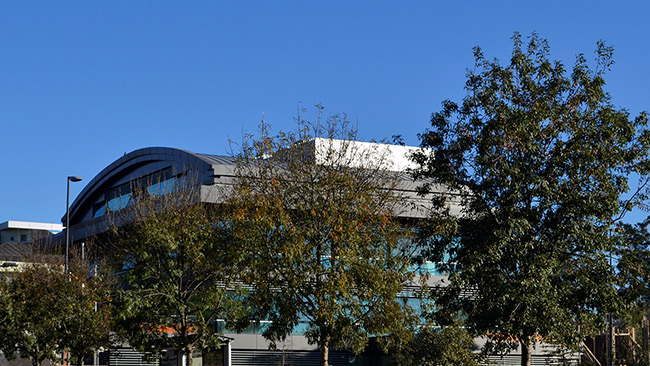 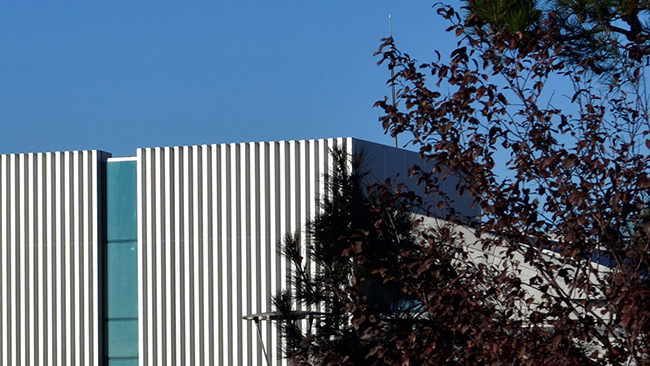 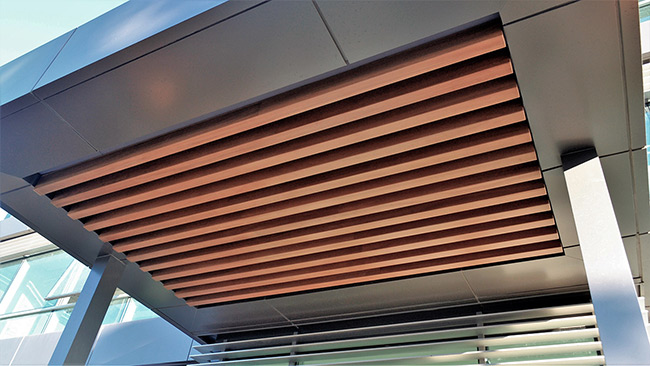 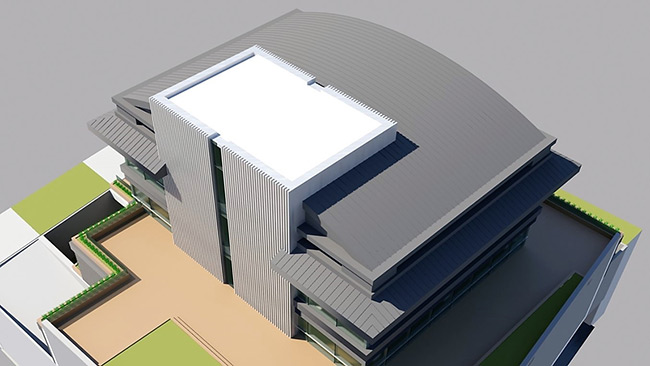 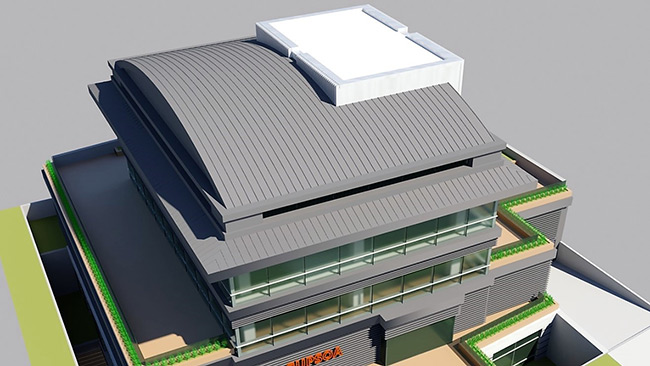 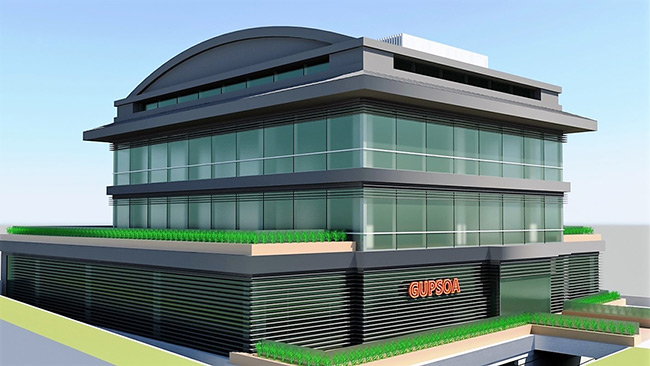 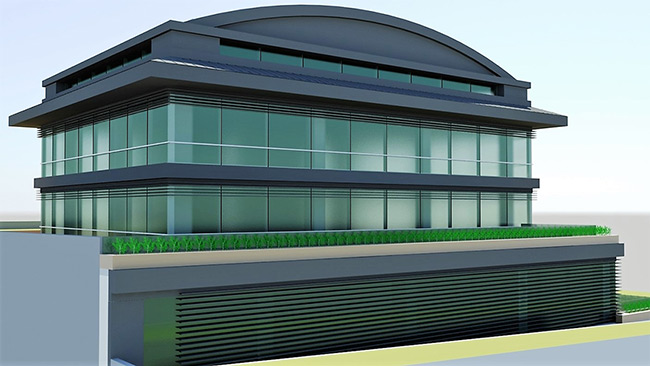 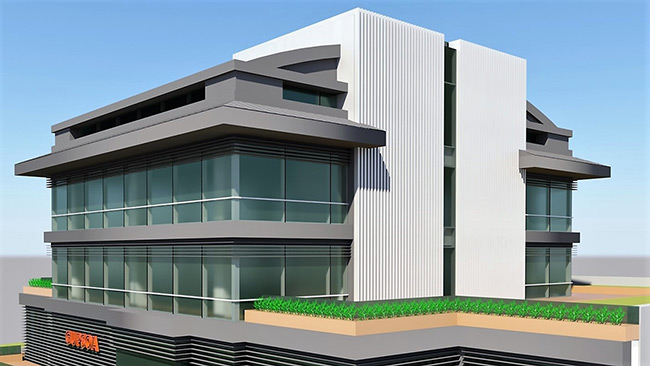 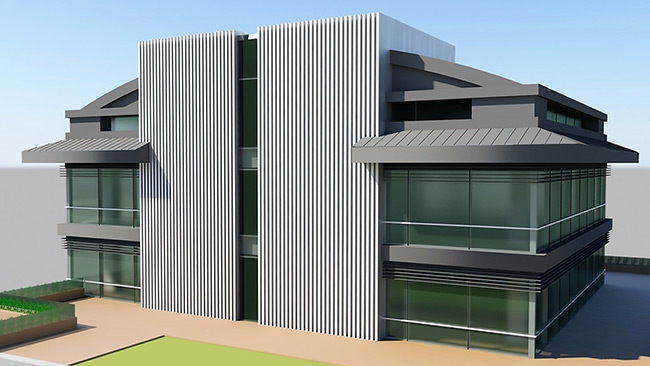 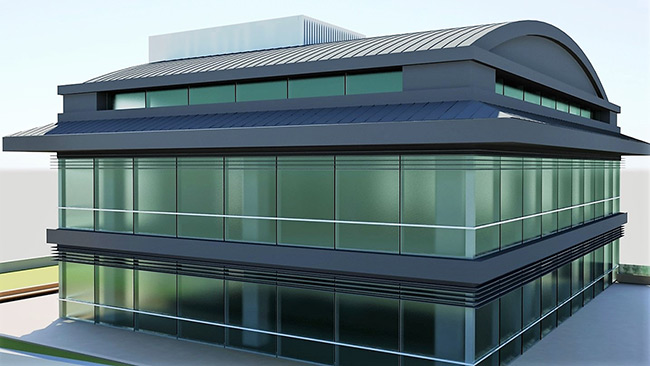 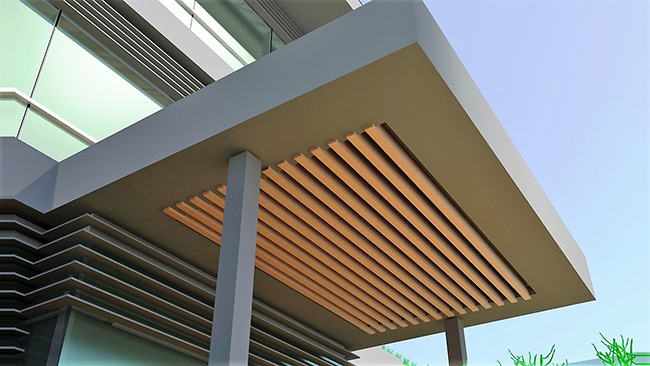 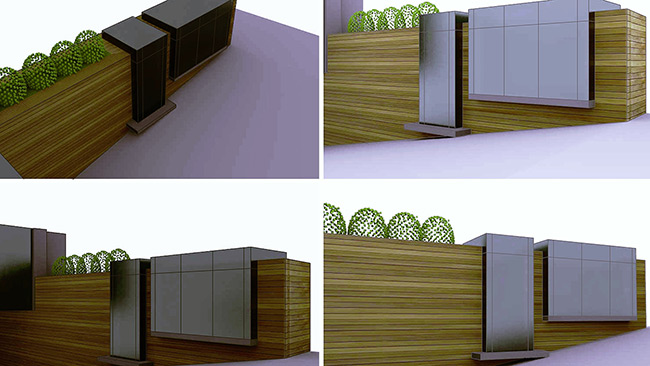 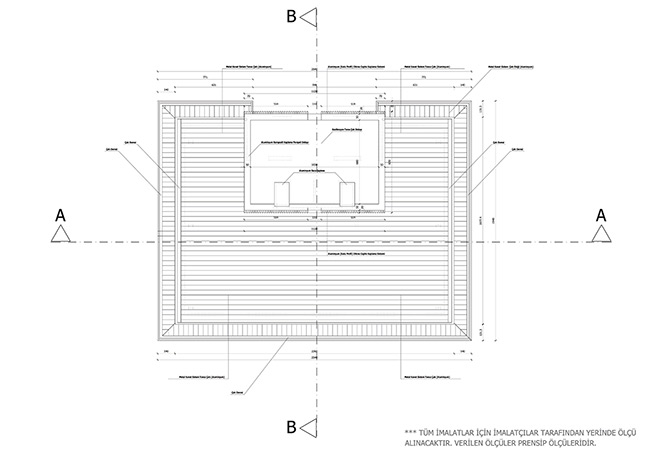 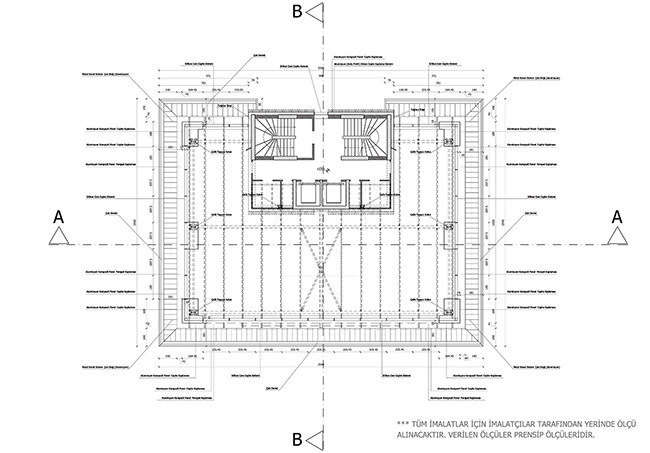 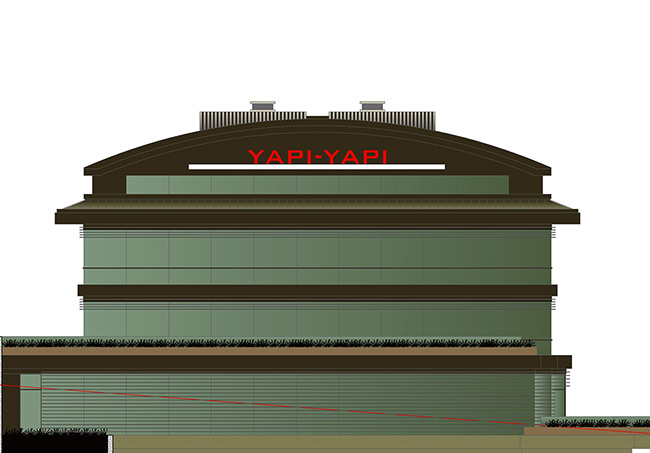 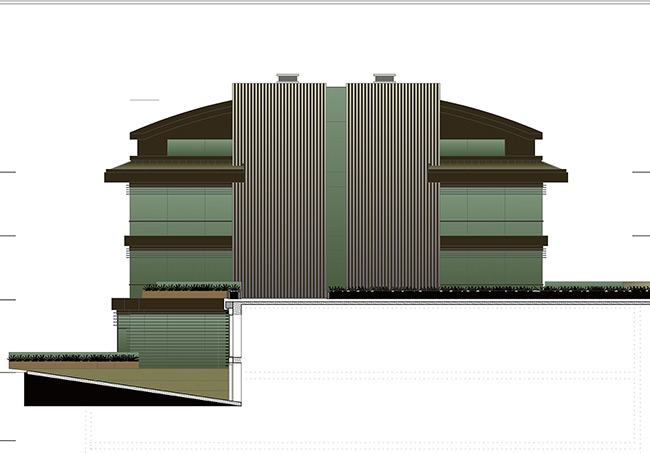 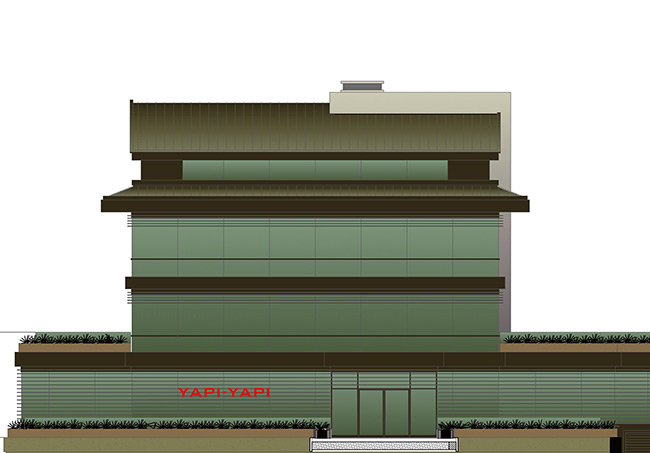 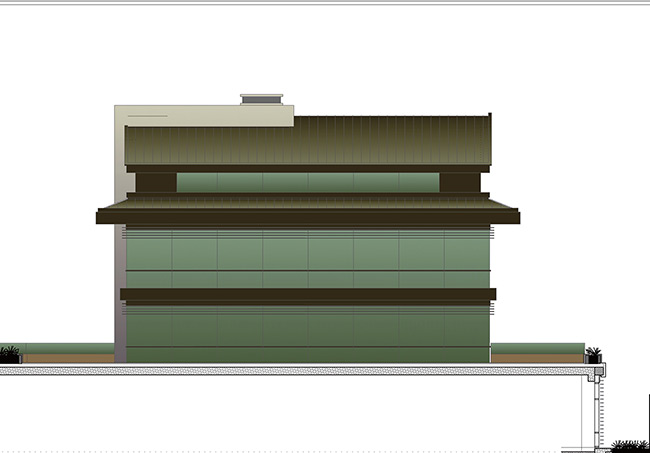